Sometimes even those trying to do a good deed are questionable in how they do it – especially when the use or presentation of technology come into play.  In the case of the charity, Obra do Berço in Rio, they devised what seems to be an alternate way to give money than through panhandlers in cars. You can see in the YouTube video how they showcase the technology and more questions arise than answers. 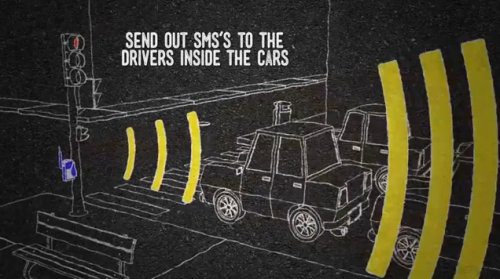 Courtesy of Obra do Berço

The technology they present as a form to raise funds for homeless kids is an SMS program – THE SOS SMS – that enables drivers to shut their windows on kids at street corners who are looking for change and make the donation quickly through their phones.  Seems simple enough – but there are so many issues in this setup – beyond the fact that it seems everyone has been hired for this video through Brazil’s version of Central Casting.

1) Its a shame that there are so many homeless children in the 6th Largest economy in the world. Is it more shameful that they are supporting the adults to ignore them in human terms? It seems bizarre that closing windows and turning away to donate to an organization would be thought of as being humane.

2) With their concept of hiding an SMS transmitter at an intersection, that does not lead to automatically being able to generate the mobile number to allow for an SMS communication.  The privacy issues on that alone would be enough to cause major concern.  Perhaps their better solution is through Bluetooth communications.  But, this would also rely on users turning that feature on and would not be automatic.

3) The utilization of high technology to solve a problem that is anything but high technology would cause concern for most people.  What is at its core a humanitarian action becomes a seemingly corporate one. It could be somewhat effective, but might it turn off more people than it turns on?

We could go on, but it seems pretty set and dried.  Sadly, I cannot read Portuguese, so I couldn’t find any supporting literature on their site as to how many locations have this technology or even if it is real.

Ultimately, the hope is that they were just trying to make a social statement with this campaign and not actually roll-out a non-solution like this. They did have some very engaging copy at the end of the video:

Sadly, it has become too easy to be enamored with our technology and ignore more important things around us. Even if we don’t get stuck in this perplexing situation at a Rio street corner, hopefully we can take something away from this and realize that high technology is not always the solution just because its available.

Jumping Above the Bottom Line To Make Change…And Grow

For some agencies or marketing firms, the ideas may come freely with the sky being the limit on creativity.  Then they run into the actual limits of clients and budgets. Mix that creativity with the need to keep a staff engaged, the business development needs regarding technology and the move to make a difference, and you have the model for something special. I came across an iPhone game that AdWeek wrote about.  It’s not that the game is going to be a huge business – or is even that original.  The excitement is in who it’s for and how it came to be. The game, called Pain Squad, is specifically for the treatment of children going through Cancer treatments. The company that built it is not historically know for App development. The greater upside from the partnership between the company, Cundari, and the hospital, University of Toronto-afilliated Hospital for Sick Children, is priceless. Providing Pro Bono creative and technical resources for real-world philanthropic change extends far beyond the bottom line. 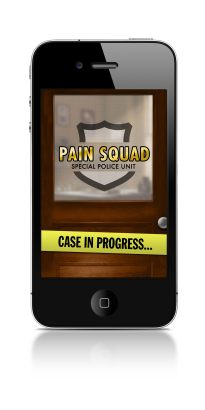 In this case, Cundari built a game App that provides an incentive for kids to track how they are feeling.  Currently, there are more systems that require the updates to be done in journals. And, as we’ve all experienced with journals as kids, we didn’t usually do such a great job of remembering to make our entries.  When it has to do with a person’s health, the mechanics of entry and remembering to do so are not much easier – but they are that much more important. Pain Squad provides a fun way for kids to keep up with something that isn’t that fun – logging the level of pain they are experiencing.

While agencies have been doing Pro Bono work for as long as there have been agencies, they are usually not thought of as capability development opportunities. Often, the agencies aren’t even asked to do these things because it is not thought to be something they offer.  In many other instances, agencies won’t engage in it for fear of putting something sub-standard out there. And probably the biggest reason that companies shy away from Pro Bono work is because they don’t want to take away from their “paying-gig” resources.

I’m not saying that agencies or companies step so far outside of their wheelhouse to the point that they might offer a sub-standard product.  And I’m certainly not suggesting that agencies “experiment” on Pro Bono products in ways that are foolhardy or detrimental to either organization. I’m suggesting that more companies develop products and offer either the entire product or sub-sets to charities or organizations as a way to give back. Though the elements of research should never be the main reason for doing this, that research of both the usage of your product and the setting of process could be a huge by-product of the experience. That by-product could lead to much bigger things for your company and the organization you are helping.

It is a sensitive proposition to do Pro Bono work – especially when you hear horror stories about the volunteer work being a larger drain on resources than the paying gigs.  That’s why you’ve got to be strategic in what you offer to do and who you offer to do it for.  While many elements are the same as other client-vendor relationships, Pro Bono work can easily get mired in that grey area. Make sure expectations are set both externally and internally so that no part of the process leads to disappointment.

If done properly, the possibilities for the endeavor’s partners are endless if done correctly and for the right reasons. Not only are organizations helped, but the people who benefit the most are the ones who need help the most. If it makes sense, jump at the chance to make a difference. And who knows?  Perhaps a solid byproduct will be the uplift in your bottom line.

Stark Opportunities For Companies To Help Pay It Forward

Last night, I was given the option of “rounding up” on my bill at Lucille’s Smokehouse Bar-B-Que as a donation to charity – and I jumped at the opportunity. In addition to being thankful for being given the opportunity to give, I wondered if it is helping from a business perspective as a builder of loyalty.  It seems to play no part in their marketing as an opportunity to draw in new customers, but what if it did?  Looking at this and some other recent opportunities to pay it forward – like Jonathan Stark’s Starbucks card – poses the question of whether establishing or promoting simple ways to pay it forward can make a difference to a company’s bottom line in a positive way.

Round It Up America is a program that works with companies to allow customers to effectively and easily donate some change with every purchase.  The program was formed by the chain, The Yard House, in 2009 and has been slowly adding other restaurant partners since then.  They are currently represented through seven restaurant chains in roughly a dozen states.  It seems like a strong program that benefits the local communities where the restaurants are actually located with a reserve kept for national emergencies. I couldn’t find any proof that any of the chains were actively promoting the partnership beyond the mention on the receipt, inclusion in a simple press release or listing on Round It Up America’s site.

I came upon the opportunity by accident and felt good about giving the money – perhaps forming a stronger loyalty for the restaurant I participated in and looking to sample other participating restaurants.  All of the participants can stand to do more work to spread the word about their involvement.  If only on their site, Facebook page and/or blog, it might not be enough as those visitors are already fans of the establishment.  There are numerous opportunities to reach people who are looking to engage businesses who support their own community. And if you ask most people, the only thing holding them back from donating to organizations is the simple secure opportunity to do so.

In a bit of a different twist where paying it forward becomes a human by-product rather than the actual plan, Jonathan Stark’s Starbucks card made the rounds in August of 2011 before being closed due, in part, to its own success.  What supposedly started as an experiment became an opportunity for people to pay it forward in a completely virtual way.  Stark first published the image of his Starbuck’s card app with a $30 balance and the request for people to use it as they wish. 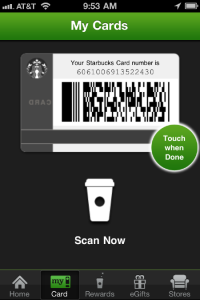 Instead of being quickly depleted, it lasted for weeks with people adding value to the card.  It became a version of leave a penny, take a penny.  Ultimately, it generated enough buzz that there was coverage and that was when things started to go awry.  You can find more information about what happened, but in a nutshell, someone wrote a program that enabled them to transfer the card’s value to their own card – effectively stealing from the general coffers.  Upon discovering this breach, Starbucks closed the account.

What was interesting about this “experiment” is that people took advantage of the free component, but also felt inclined to give more than they received.  The communal fortune and sense of belonging was stronger than the initial joy of receiving something for free.  Again, it was the opportunity to give that made the difference.  It was the equivalent of yelling “Drinks are on me!” in a loaded bar, but in a much more palatable scale.  Though Starbucks was not the sponsor of this event, they truly benefitted from the buzz and its subsequent sampling of both the coffee and the benefits of their app without spending a cent.

If only a company were able to tap into these communal benefit mechanics or something similar and actually leverage them effectively, who knows what kind of growth there can be in loyalty and bottom line.  The major challenge is in pulling it off without seeming to be manipulative or dis-ingenuine.  Customers will sense it instantly. There are many companies that donate money or time to organizations.  There are many that specify that a percentage of a purchase will go to charity, but not many put it in the hands of the customer like the two executions above show.  I imagine that corporate sponsorship of a program like this has been done before, but these just exemplify how they can be done on a simple small scale. If promotions is done properly by the right brands/companies/retailers/restaurants there could be huge upside while also making a considerable difference in the world – or at least the community around us.

In the case of Stark’s Starbucks card, the site and its Twitter account live on sort of in the capacity of showing how people are paying it forward in the way his radical experiment uncovered.  Perhaps the time is right for companies to tap into that sensation and provide the opportunity for everyone to give back and pay it forward…